The BCMAC Board of Trustees consists of 21 board members, (all volunteers) of which five (5) serve as Officers. The Officers act as an Executive Board and have general supervision of committee affairs including, but not limited to, fundraising projects, developing a working budget and on-going interface with Joint Base Leaders on how to better support the military. Board members come from diverse backgrounds including retired military, law enforcement, education and the private sector. Trustees serve three year terms and can be considered for reelection when their terms expire. 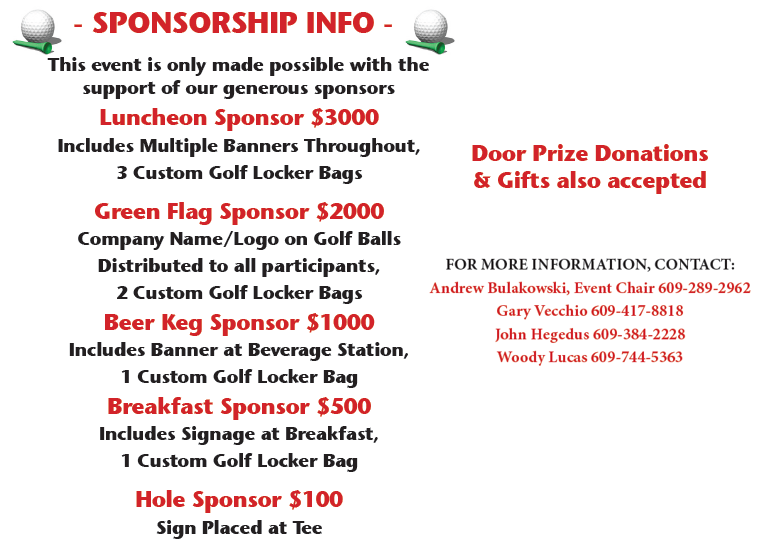 More About the Golf Classic

On Monday, May 23, 2022, Burlington County Military Affairs Committee will hold its 13th Annual BCMAC Classic Golf Outing at Little Mill Country Club in Marlton, NJ. Proceeds from this event will benefit Joint Base McGuire-Dix-Lakehurst military families and personnel in times of financial and personal need.

Through events like this, we are able to generate funds to give directly back to the Joint Base, enabling them to provide care and support well beyond what taxpayer dollars can do. We can have a significant positive impact in assisting our service men and women. Let them know that they are appreciated by supporting them and their families.

BCMAC offers several sponsorship opportunities. Sponsor a hole for $100 or donate a prize for the raffle drawing! Your generosity and involvement in our community enables us to help our JBMDL military.

For more information, contact one of our representatives below.